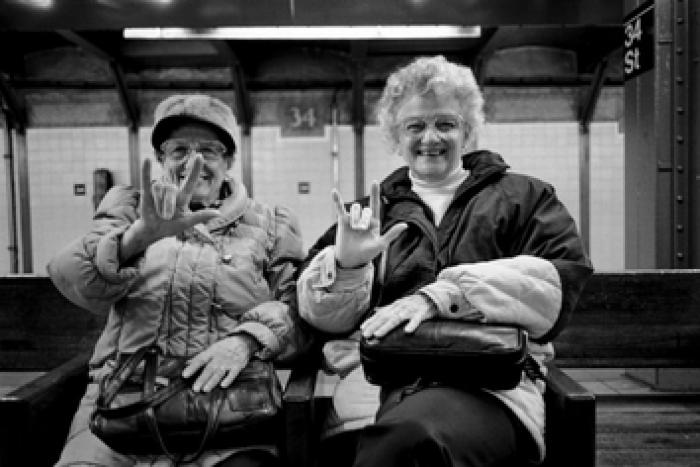 "I love you" sign language in the subway, New York City

A black and white horizontal photograph of two women at a subway station. They are both signing "I love you" in American Sign Language. The woman on the left is wearing a hat.