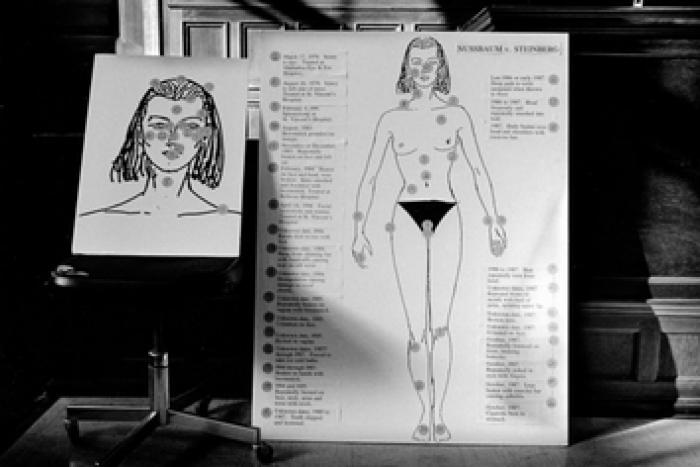 A horizontal black and white photograph of a diagram of a woman. On the left side of the photo, there is a close-up drawing of the woman's face.