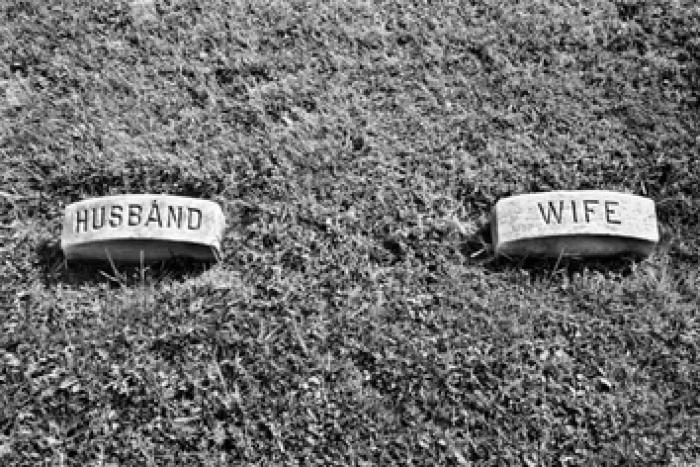 The grave marker shows a streak of romanticism with a lack of individualism in some marriages, Blue Bell, PA

A black and white horizontal photograph of two headstones from above. The headstone on the left says "Husband" and the one on the right says "Wife".