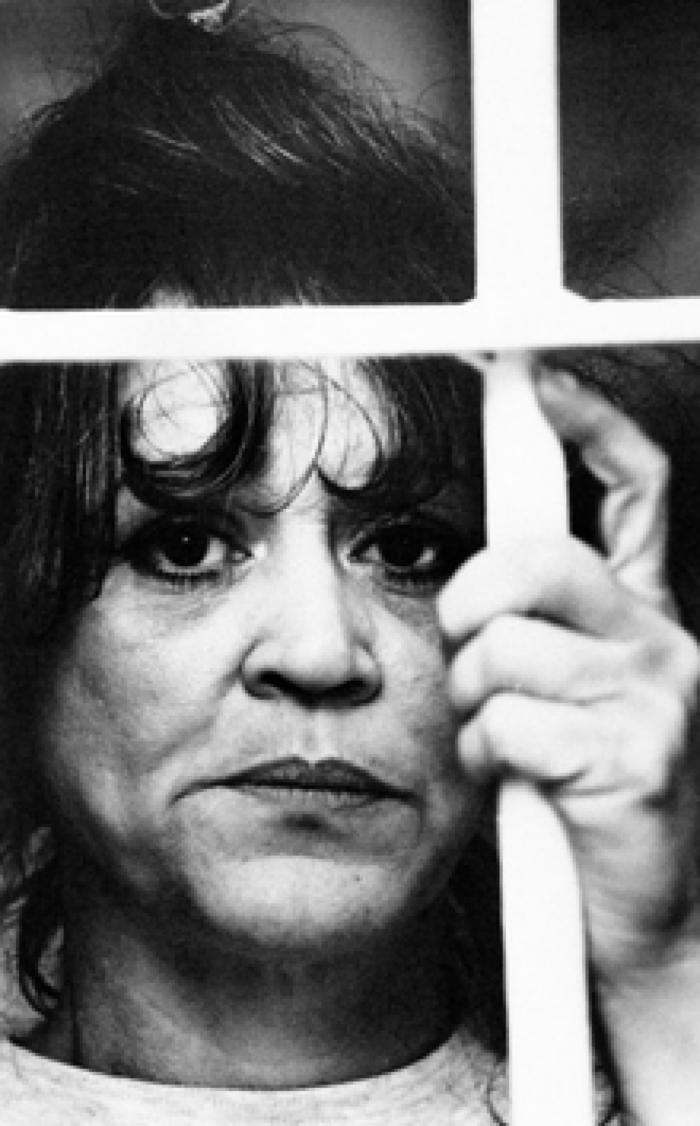 On display at the Eberhard Wall Gallery, part of the exhibition “Donna Ferrato: Unbeatable”

Becca Jean Hughes Served Decades in Prison for Killing her Husband inSelf-Defense Because his History as a Batterer was not Allowed to be Admitted as Evidence, Renz Correctional Facility, Jefferson City, Missouri

A black and white vertical photograph of a woman behind bars. She has her hand on the bar on the right side of the photo. She is looking directly at the camera.