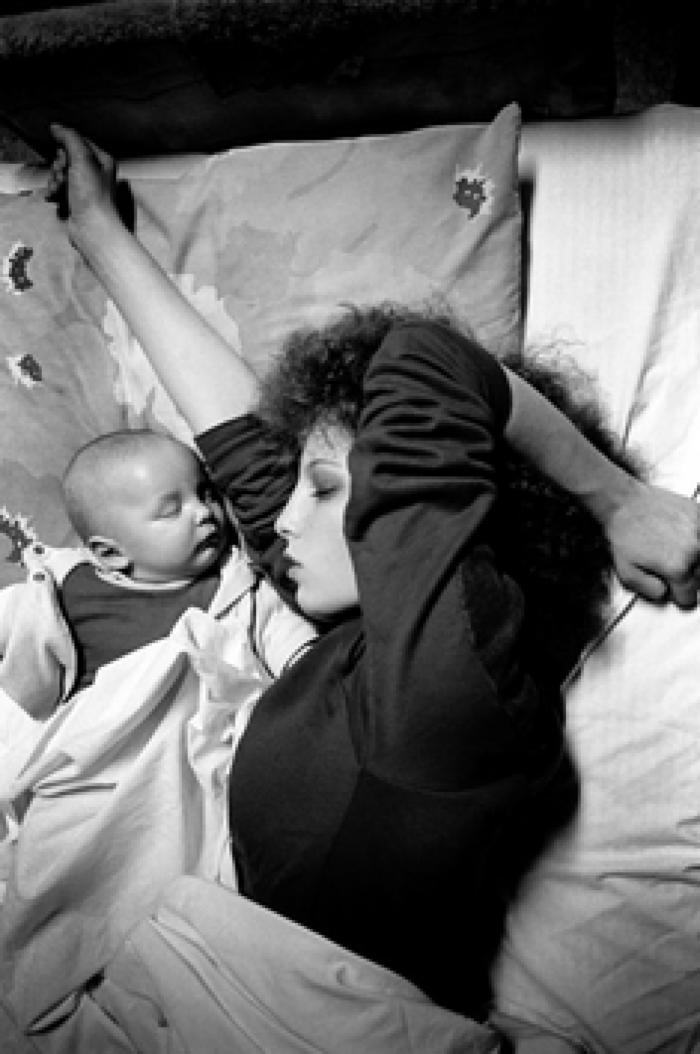 Mother and Son Slept Peacefully After Arriving at the Women Against Abuse Shelter, Philadelphia, Pennsylvania

A vertical black and white photograph of a woman and a baby sleeping. The woman is sleeping in the middle of the photo and the baby is to the left of the photo. They are both facing one another.