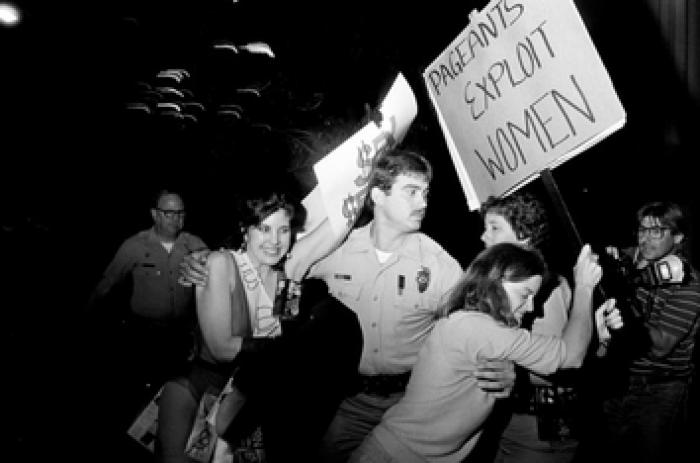 A black and white horizontal photograph of a group of people. There is a police officer in the middle holding onto two women. The woman on the left is wearing a parent sash and the woman on the right is holding a picket sign that reads "Pageants Exploit Women".