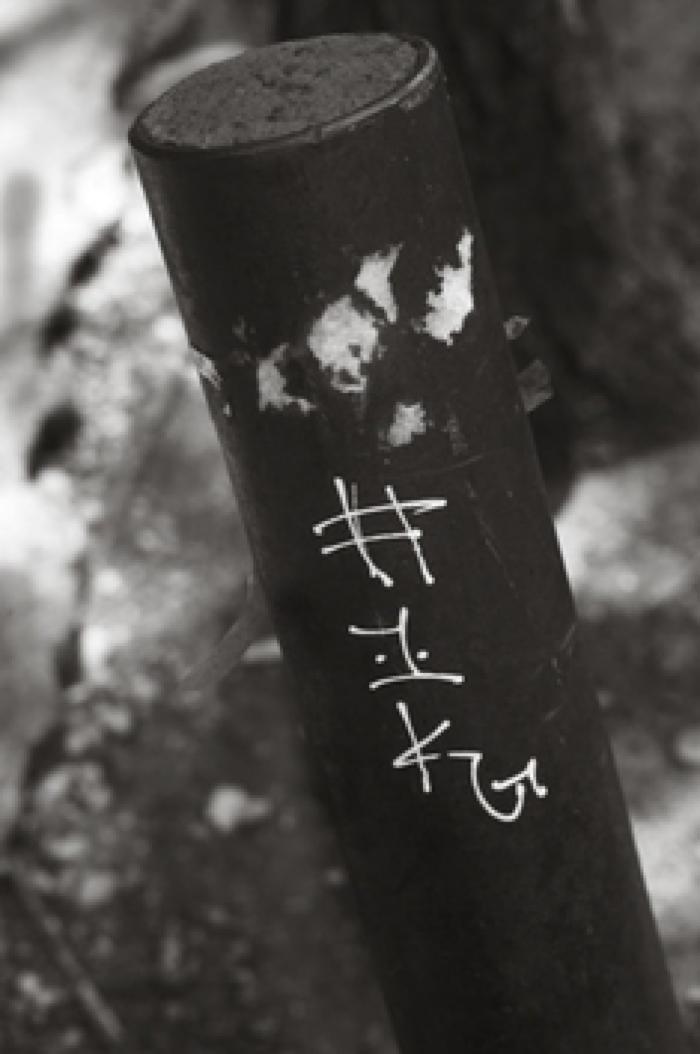 A vertical black and white photograph of a post. The post has three characters of text on it. There are flowers behind it.