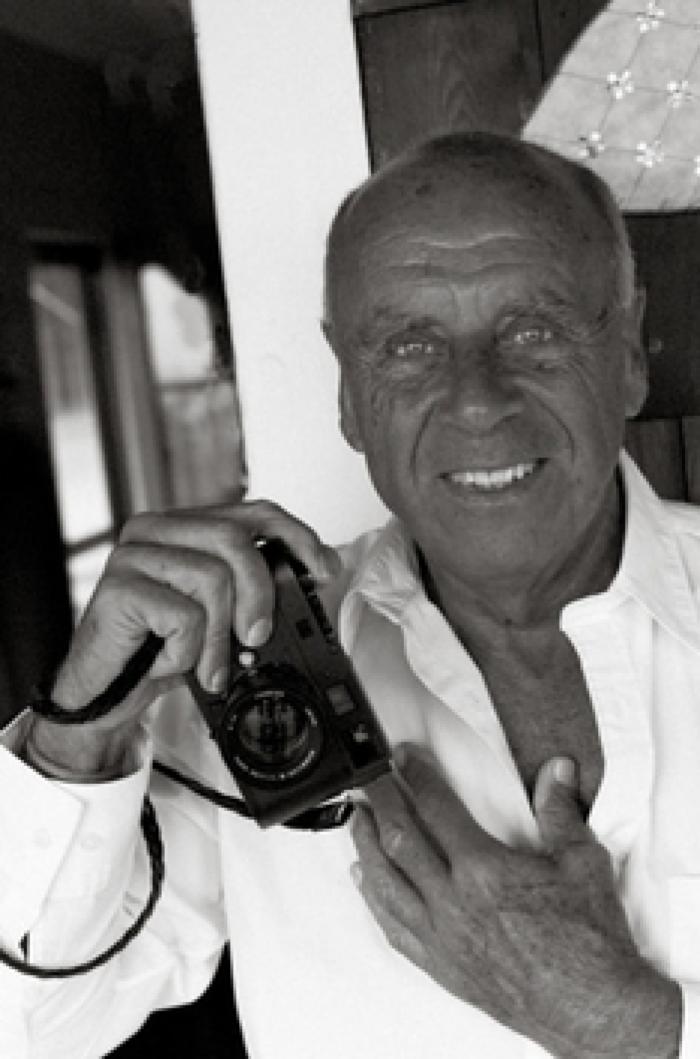 A vertical black and white photograph of a man holding a camera. The man is smiling at the camera and wearing a button-down shirt.