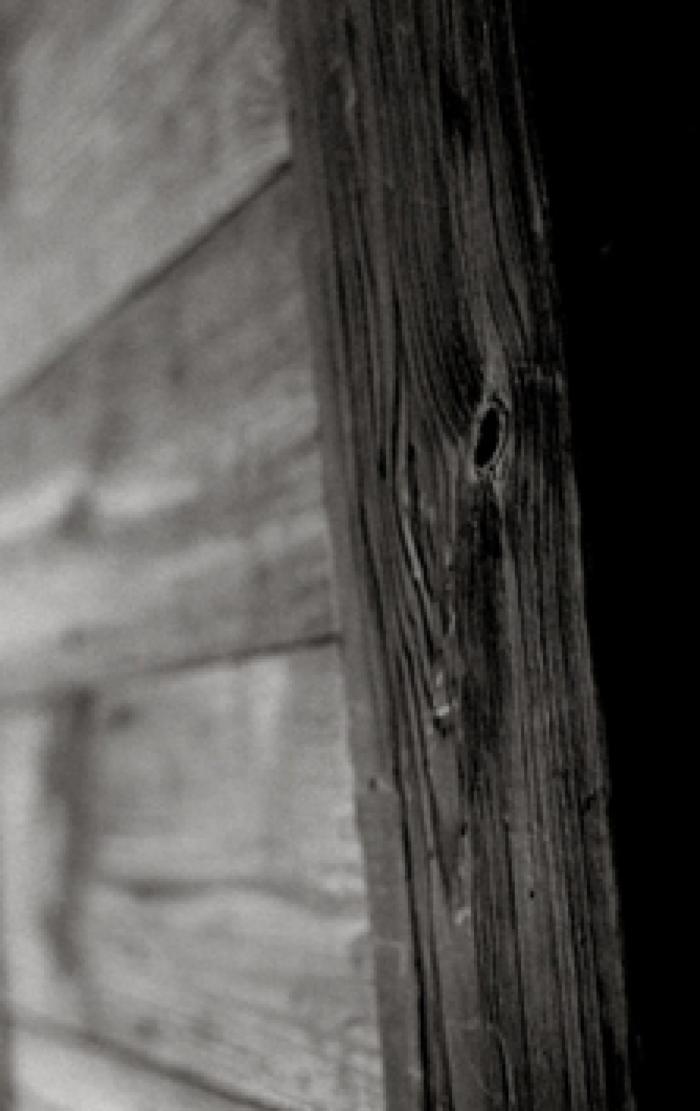 A vertical black and white up-close photograph of the corner of a building. The building is made of wood.