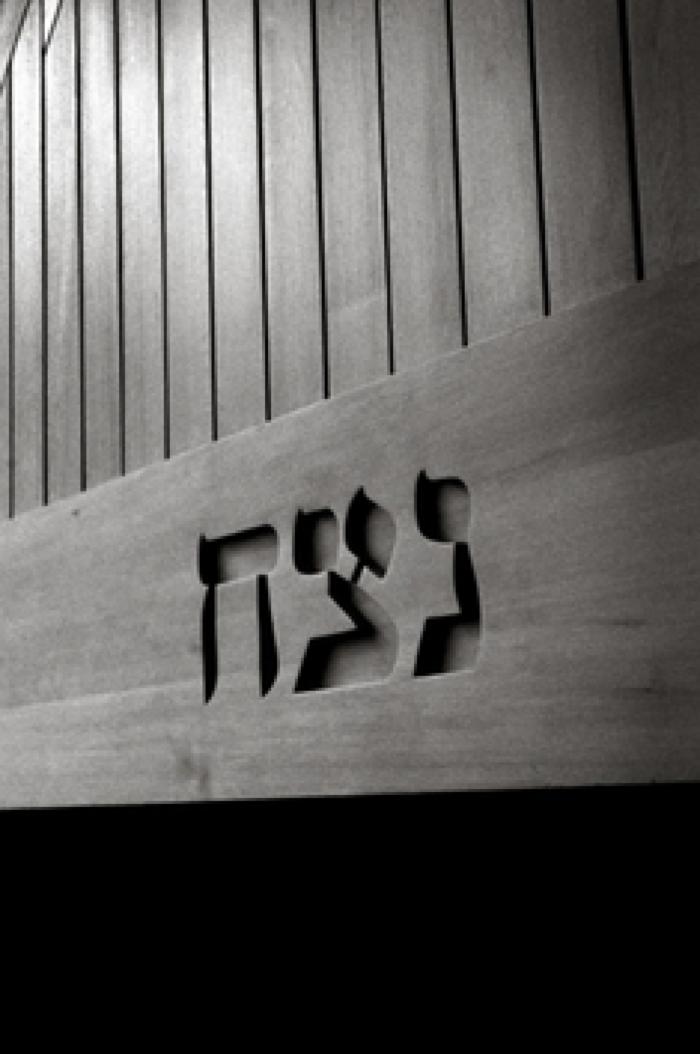 A vertical black and white photograph of a wooden carving of Hebrew text. The top half of the photo is wooden paneling and there are three Hebrew characters carved into the wood.