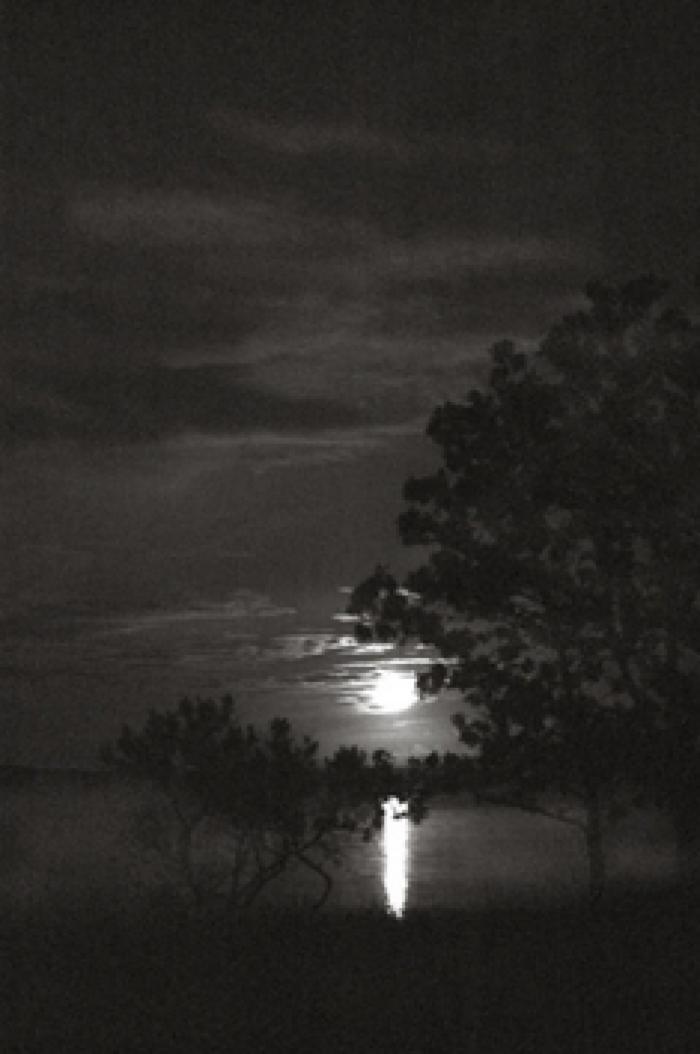 A vertical black and white photograph of a sunset over a lake. There is a tree on the right side of the photo. The light is reflected in the water below and the sky is very cloudy.