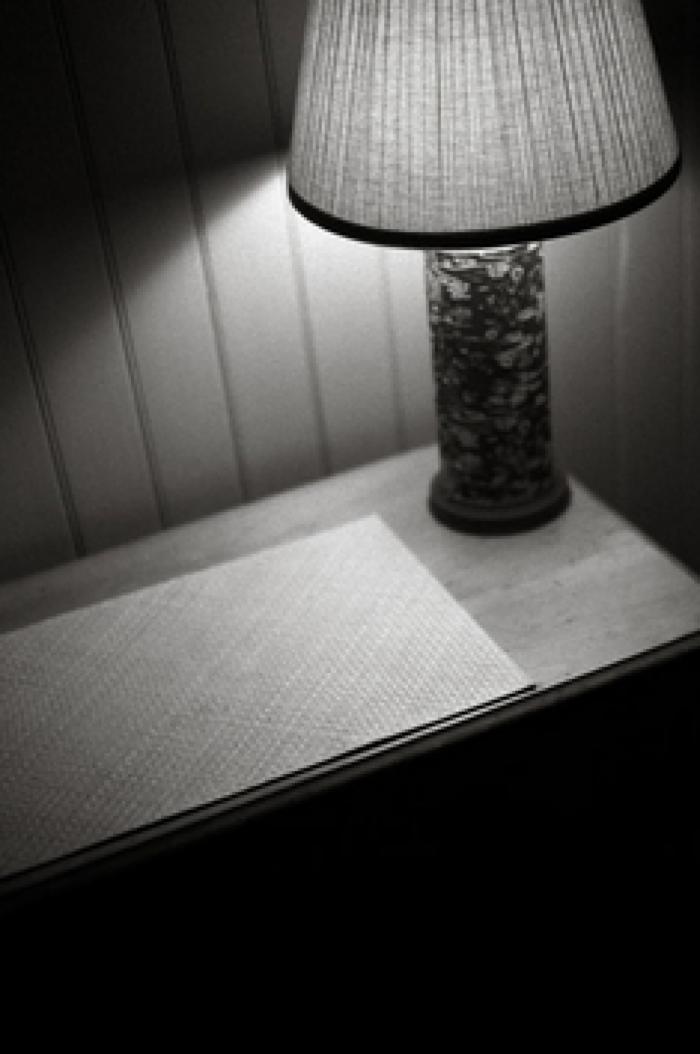 A black and white vertical photograph of a lamp on a desk. The lamp is lit. The wall behind it looks like wood paneling.