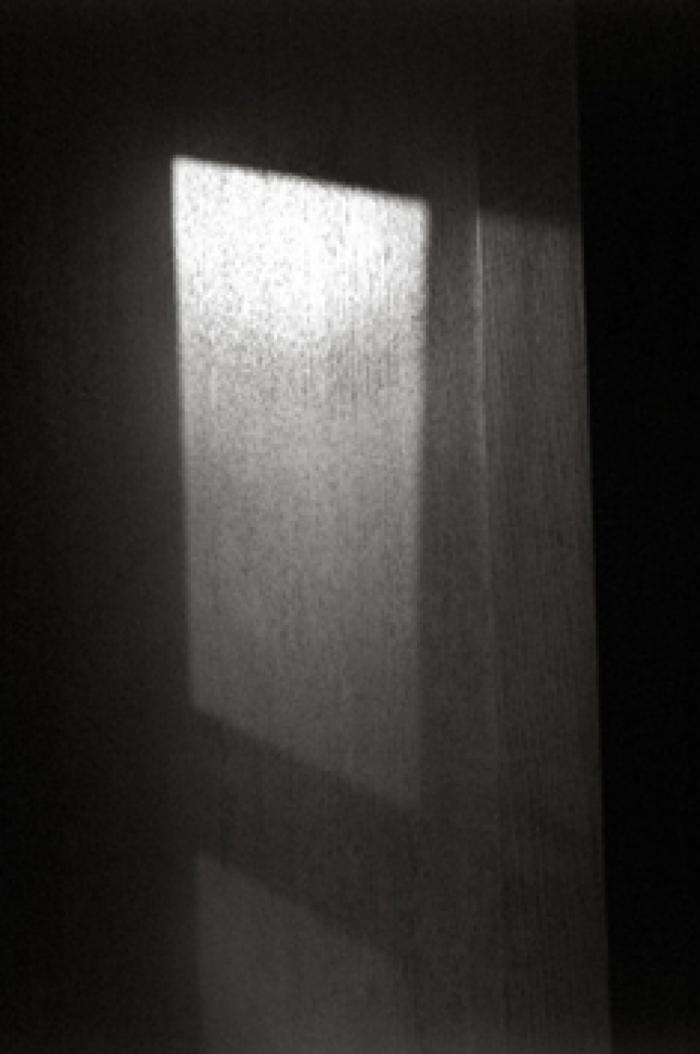 A black and white vertical photograph of the light shining through a window on a piece of wood.