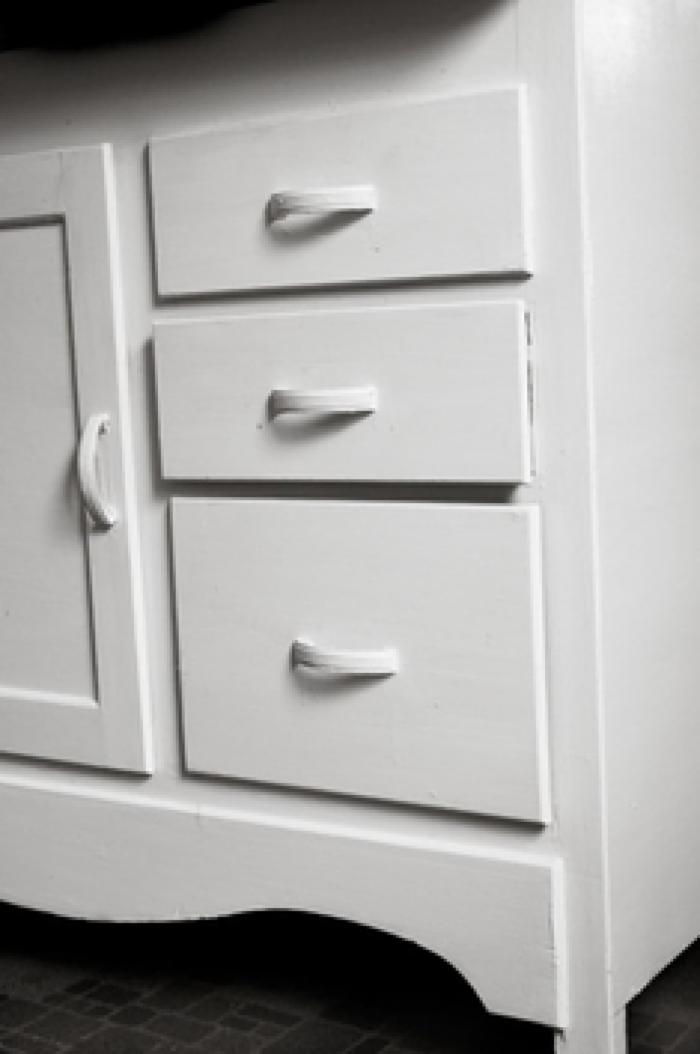 A vertical black and white photograph of a cabinet of drawers. There are three drawers in the middle of the photo, there is a door to the left of the photo.