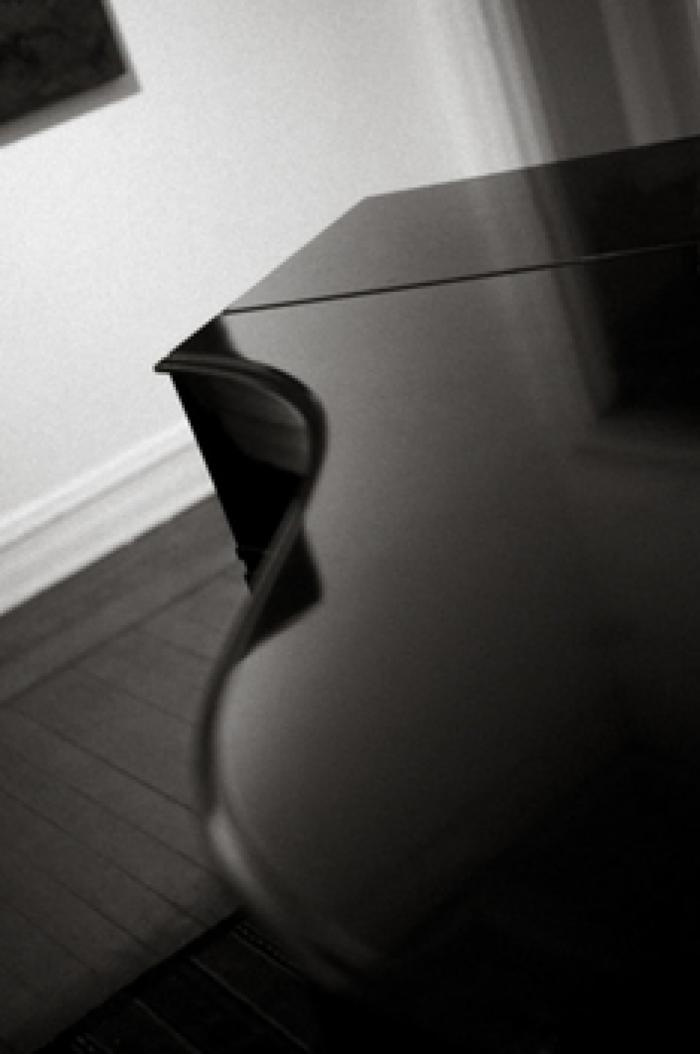 A horizontal color photograph of a piano with the top down. The piano is only partially visual.