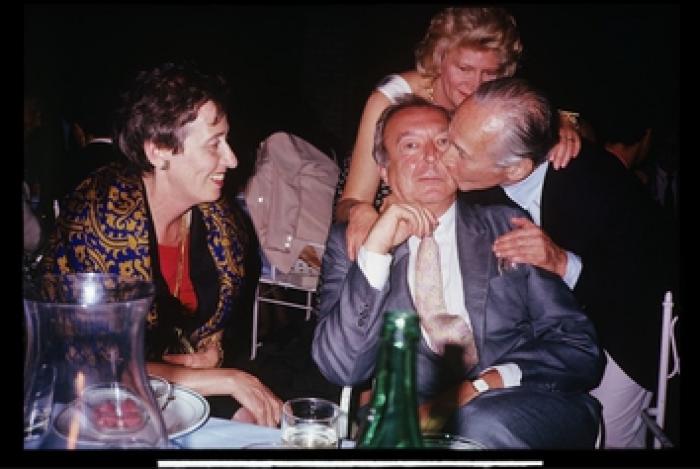 A horizontal color photograph of a group of people sitting at a dinner table. On the left of the photo, there is a woman with shorter brown hair wearing a blue and gold coat, she is looking at the man next to her. The man next to her is wearing a blue suit and looking directly at the camera, he is being kissed on the cheek by a man in a black suit. Behind both of them stands a woman with blonde hair and wearing a white dress.