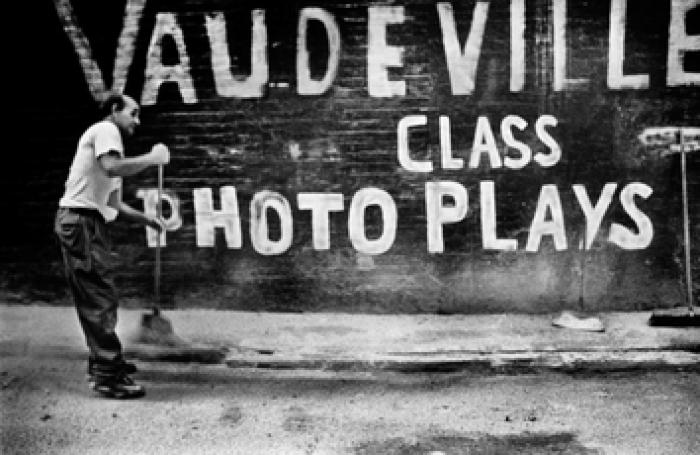 A horizontal black and white photo of a man sweeping the street. The wall behind him reads "Vaudeville class photo plays".