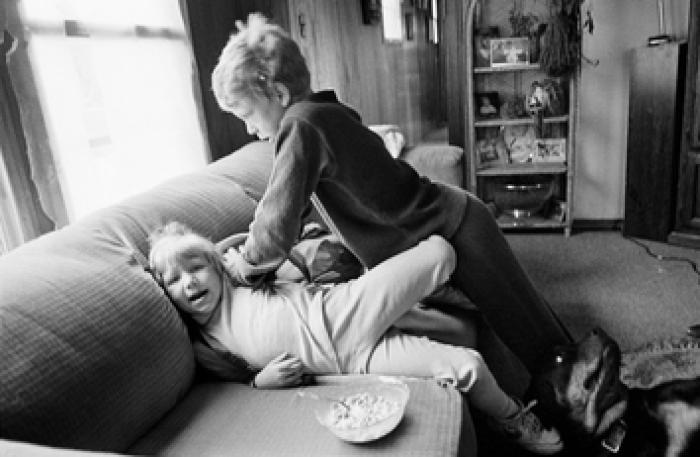 A black and white horizontal photo of two children. The children are fighting and the taller child on the right is pushing the shorter child on the left into the couch she is sitting on.