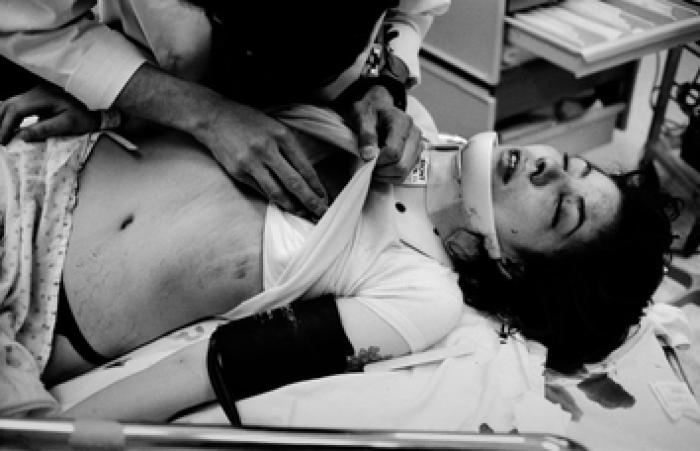 Diane with tire marks on her chest, Minneapolis

A horizontal black and white photo of a heavily injured woman being treated. She is wearing a neck brace as well as other medical devices. The person treating her is holding up her shirt and seems to be listing to her chest.