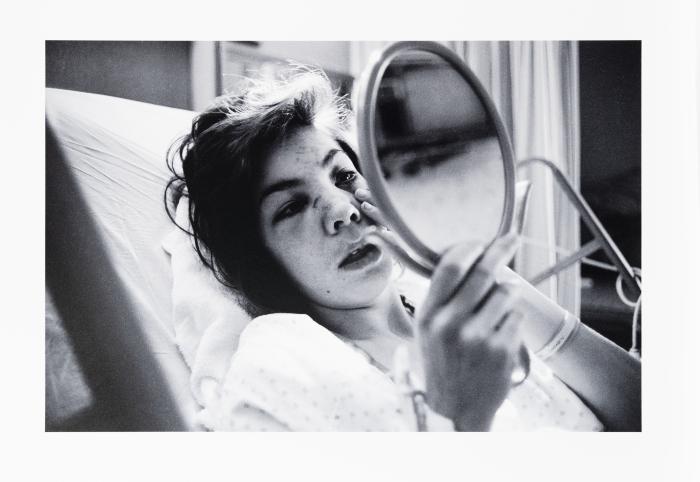 On display at the Eberhard Wall Gallery, part of the exhibition “Donna Ferrato: Unbeatable”

Diane Living with the Enemy, Minneapolis

A black and white horizontal photo of a woman looking at herself in a mirror. She is laying in a hospital bed and touching her injured face as she looks into the mirror she is holding.