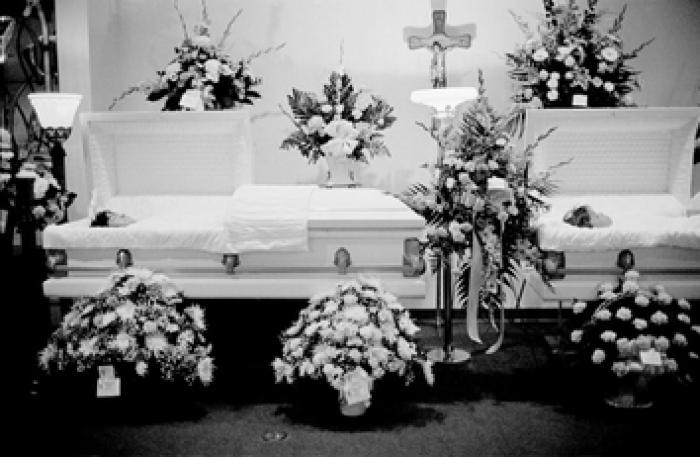 A horizontal black and white photo of two coffins set up for an open casket funeral. One of the caskets is fully visible and one of them is only partially visible. Both caskets have people in them.