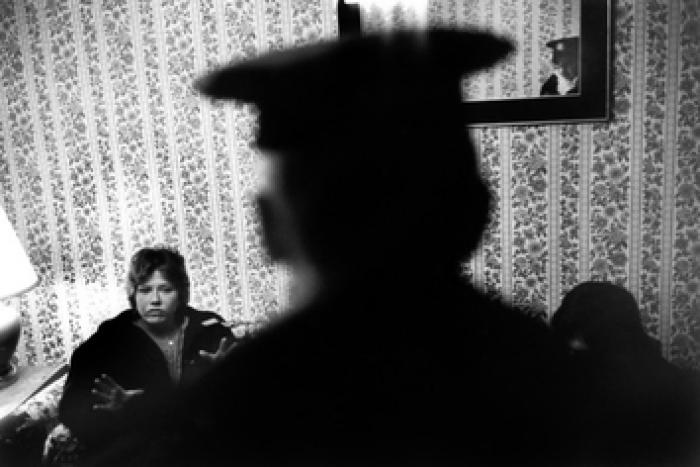 A black and white horizontal photograph of two people. One of the people is very close to the camera and all that can be made out is the shape of their hat. There is a woman sitting at the left of the photograph, she has her hands up in front of her as if to stop something.