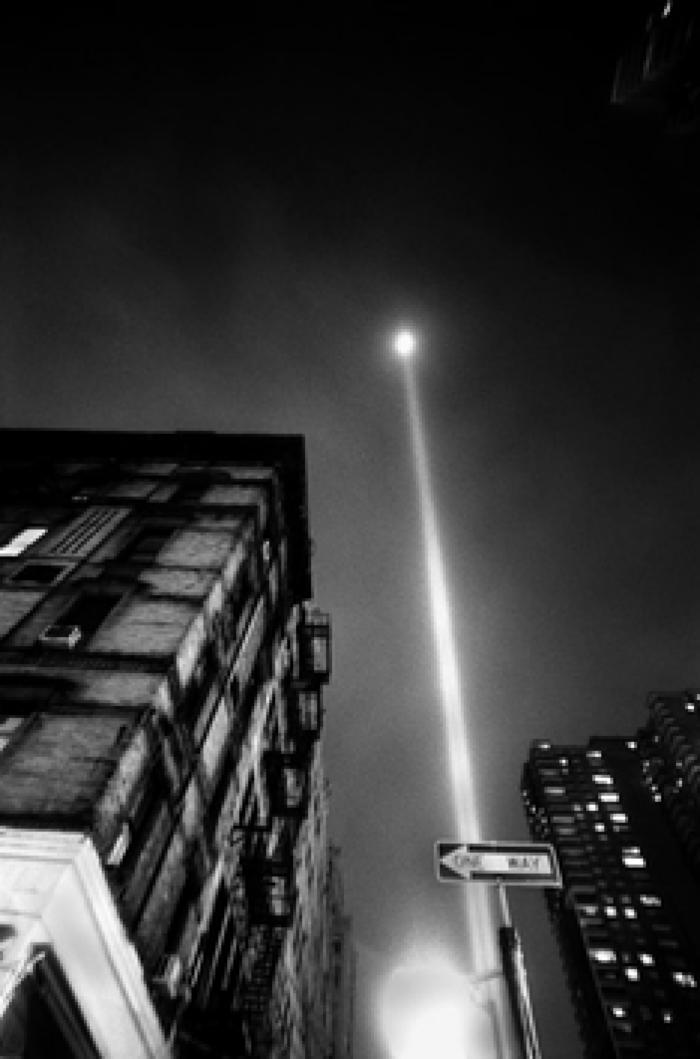 A vertical black and white photo of the sky above a city. There is a light shining into the sky and reflecting in the clouds.