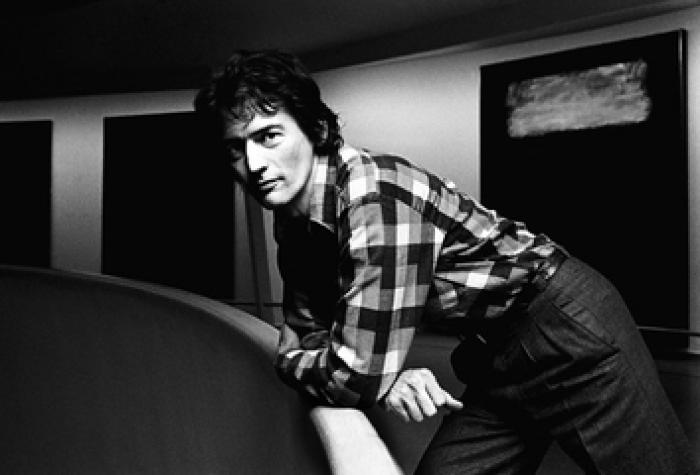 A horizontal black and white photograph of a man. He is leaning on a balcony and looking at the camera. He is also wearing a plaid shirt.