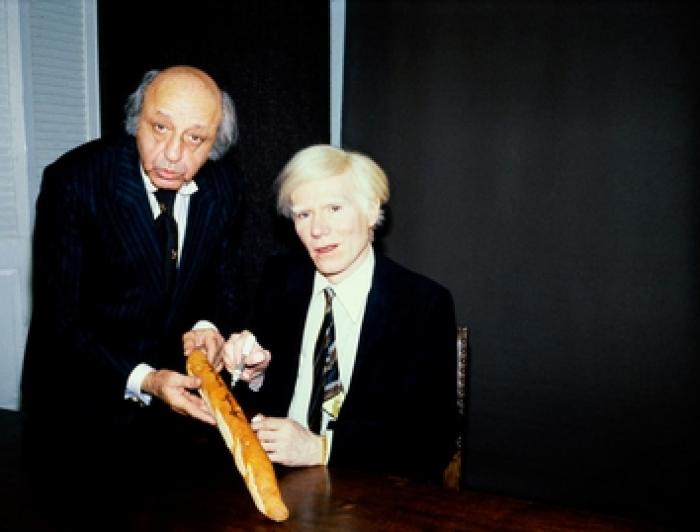 A horizontal color photograph of Yousuf Karsh and Andy Warhol. Andy Warhol is seated at a table and Yousuf Karsh is standing over him. Karsh is holding a baguette as Warhol signs it. They are both wearing suits and looking directly into the camera.