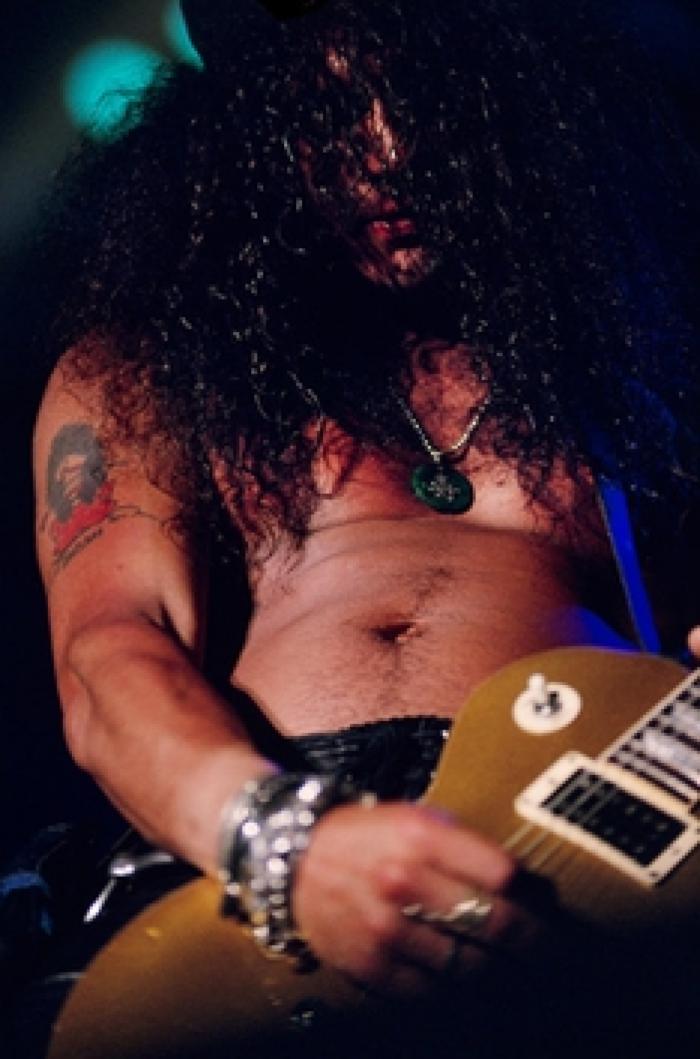 A vertical color photograph of Slash. He is holding a gold guitar and his face cannot be seen because his hair is covering it.