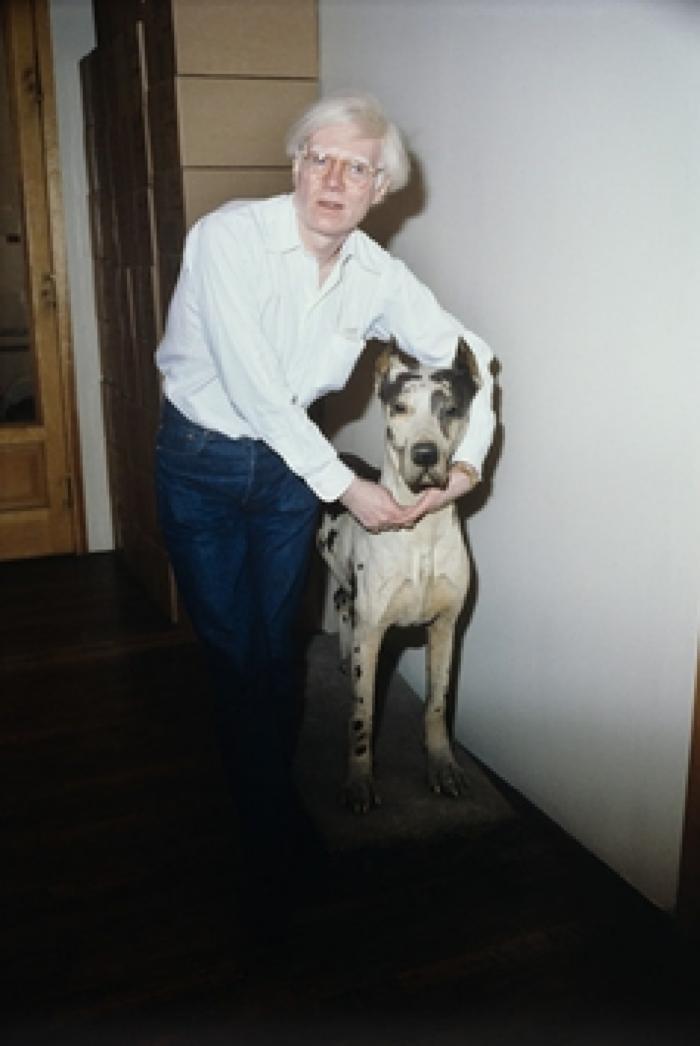 A vertical color photograph of Andy Warhol. He is standing with his arms around a large black and white dog. He is wearing blue jeans and a white long-sleeved button-down shirt.