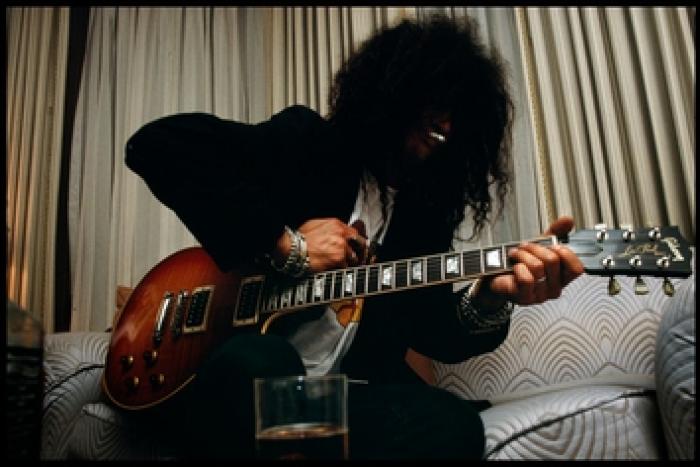 A horizontal color photograph of Slash. He is holding a Les Paul guitar, the guitar is a red wood color. He is also sitting on a couch with a pattern made up of triangles.