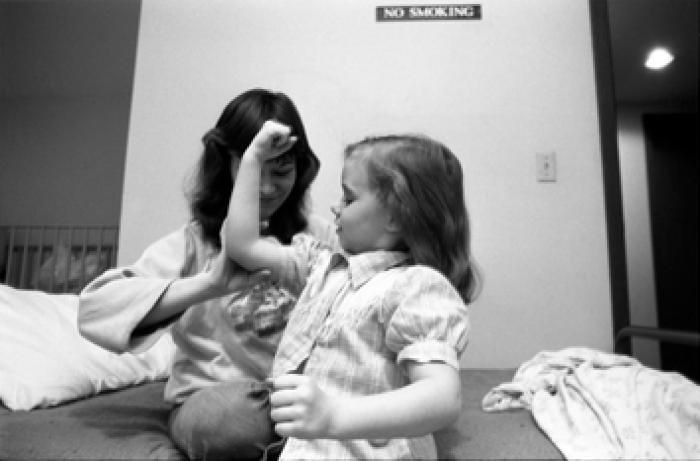 A horizontal black and white photograph of a young girl flexing her muscles and an older woman sitting behind her.