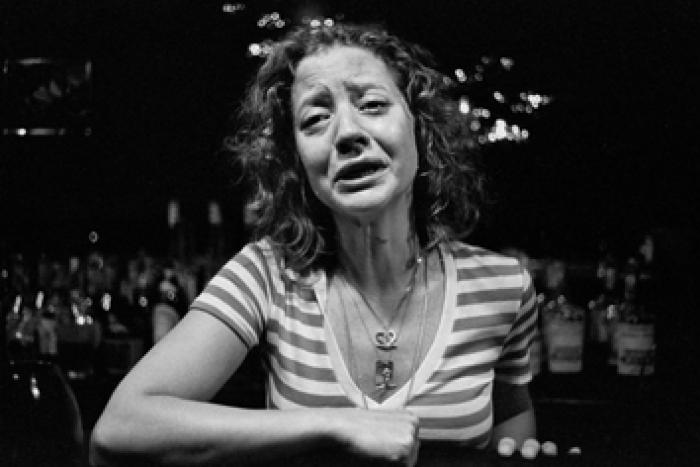 Elisabeth Cries, "Bengt Used to Put Me on a Pedestal, but Tonight He Beat Me Like He Wouldn't Touch the Family Dog," Saddle River, New Jersey, 1982

A horizontal black and white photo of a crying woman. She is wearing a striped v-neck shirt and two necklaces. She also has curly hair.