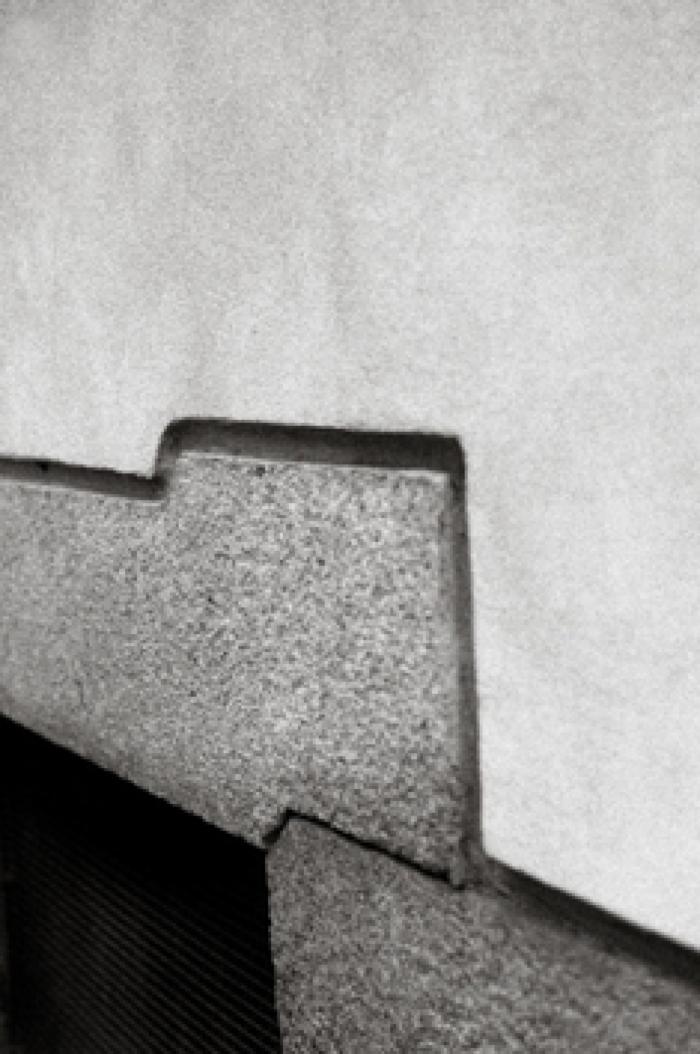 A vertical black and white photo of what seems to be flooring texture. The upper half is a lighter color and the bottom half is speckled and darker.