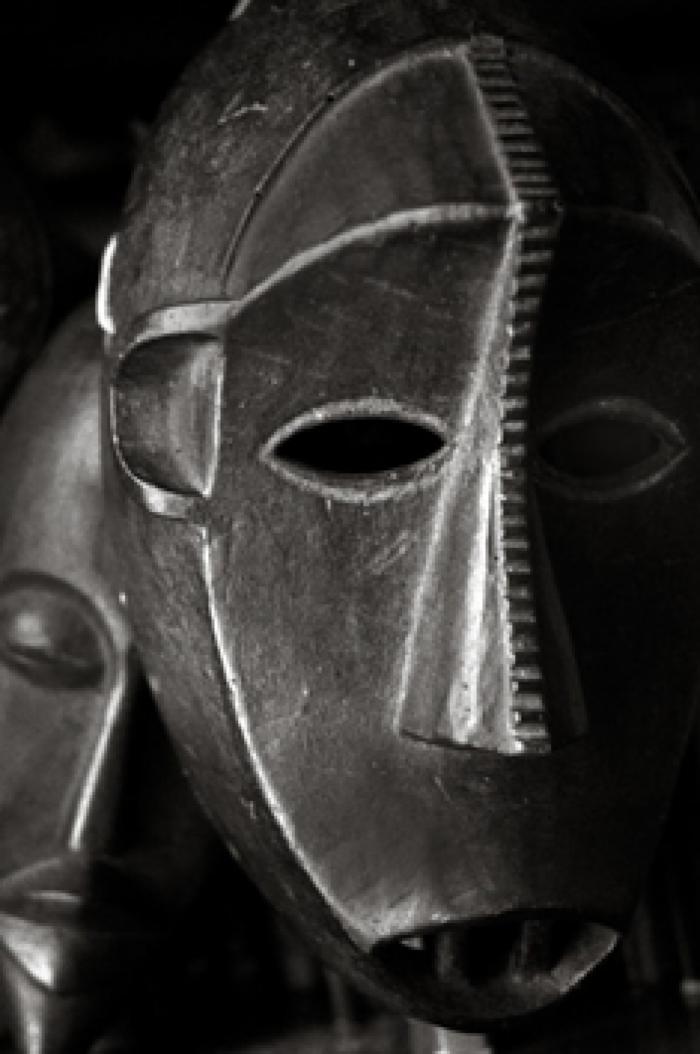 A vertical black and white photograph of two masks. One mask is much closer to the camera than the other making the one in the back only partially visible. The mask in the front has a long nose and two eye holes.