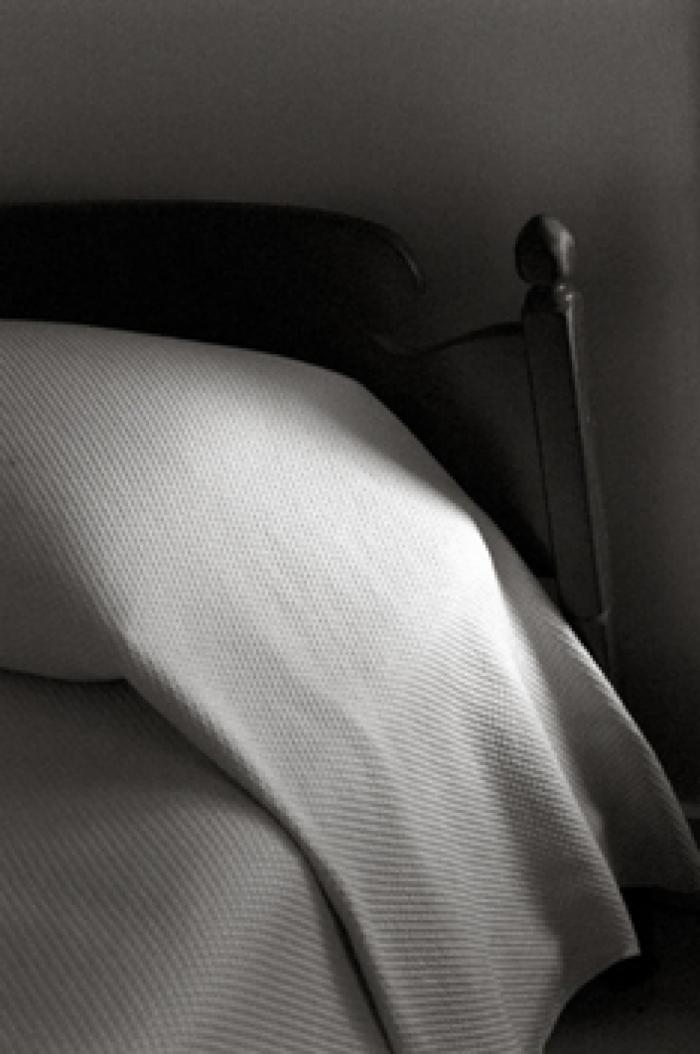 Black and white vertical photograph of a bed. Only part of the pillow, headboard and rest of the bed are visible.