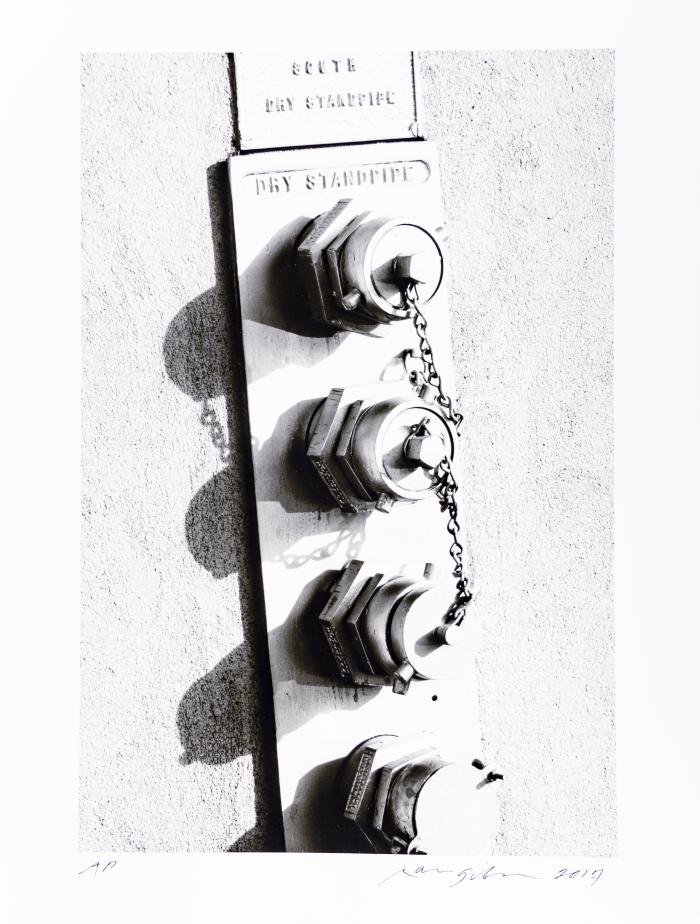 A black and white photo of a mechanical panel. On the panel, there are four caps and at the top, there is some text that says "Dry Standpipe" Above that there is a plaque with more text on it.

Within his long career, Ralph Gibson has managed to combine his love of books and book-making, with the skills he learned as a Photographers Mate when he joined the United States Army in 1956. In 1969, Gibson moved to New York City to begin his own publishing company, Lustrum Press. Since then, he has published over 40 monographs, a specialized book on a single subject. Primarily known for his high-contrast black and white photographer, his book “Vertical Horizons: feature 12 full-color images. While straying from his norm, to each image Gibson still brings his iconic balance of representation and abstraction, playing with lines and volume throughout the images.