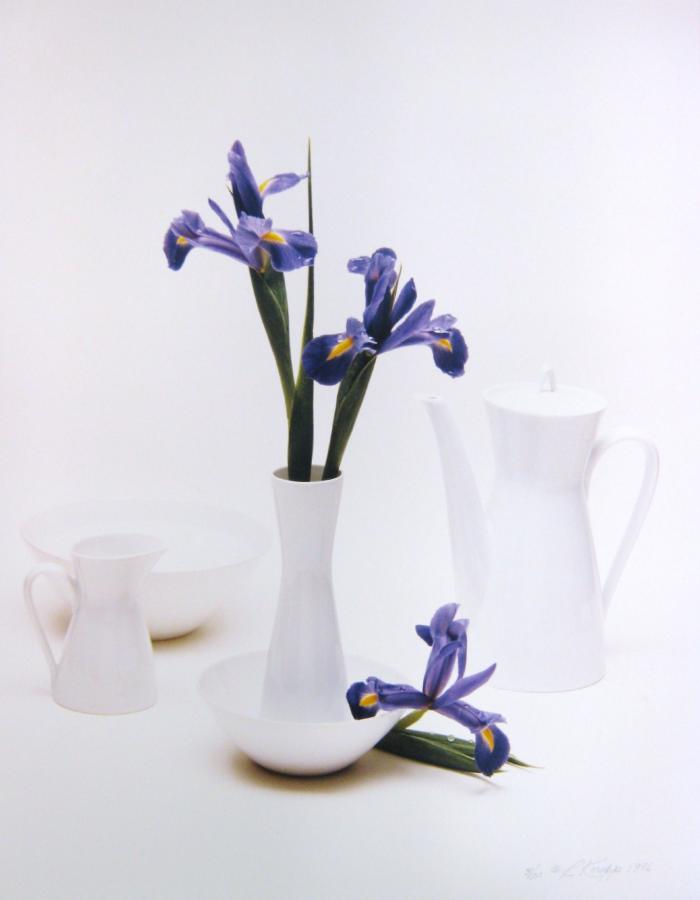 Poster of a white image of pitcher, vase, bowl and small cream pitcher; focus on purple irises in vase.