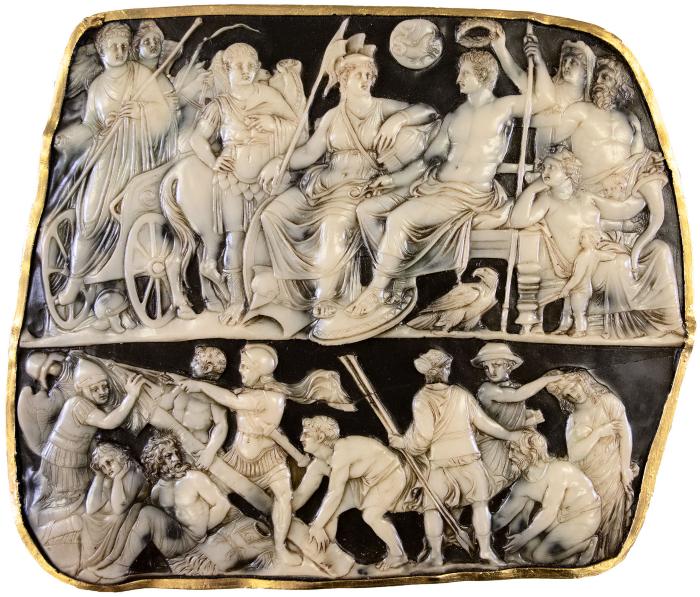 LHH; 2nd Floor; Across from the Elevator; Near Room 201

This is a reproduction of an ancient Roman low-relief cameo image engraved into a double layered Arabian onyx stone likely commissioned by Caesar Augustus. While one layer is white, the darker, blueish-brown background peaks through the white, highlighting the details. Split into two scenes, the lower scene represents a recently won battle by the Romans as they are erecting a victory trophy and prisoners of war are pulled off the battlefield. The top is a scene that includes Augustus surrounded by a number of both worldly and mythical individuals like Neptune and Gaia. Both scenes reflect Augustus promoting himself as a military victor and his connection to the gods.