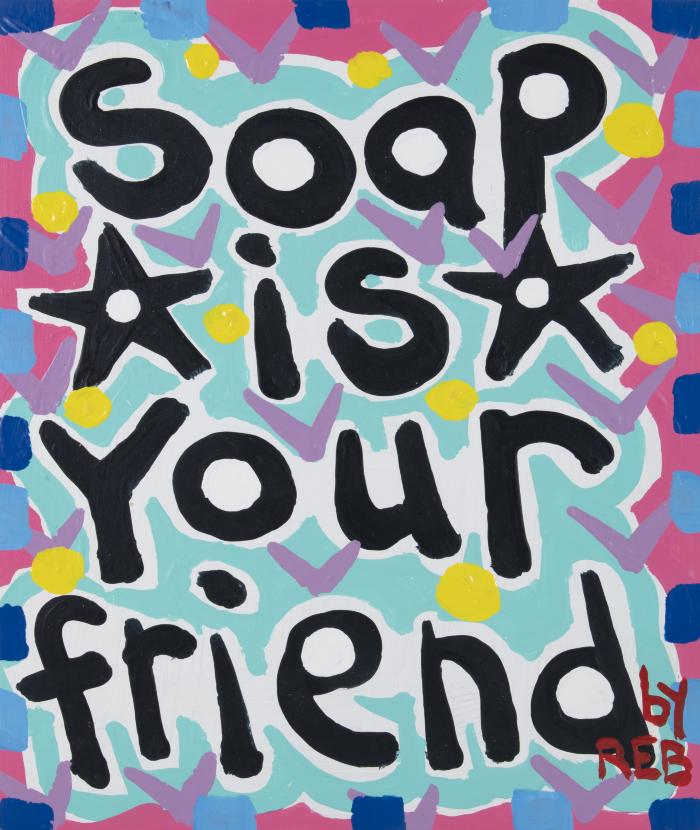 Reb Roberts often recounts how in the 1990’s driving the streets of downtown Grand Rapids meant traveling through areas of boarded-up buildings and run-down businesses. That’s when he first decided to paint the mural of brightly colored fish that still stands between Charles and Henry Streets near Wealthy Street. The mural included a sign that stated “Developing Soon,” not because he had knowledge of future businesses, but to give hope to those living near the closed buildings and to “put a question mark in people’s heads.” From that moment on it became a life goal for Roberts to create artwork, from large murals to small paintings on found materials, with one goal in mind, to brighten Grand Rapids neighborhoods and the lives of those that live there. His artworks often include messages of hope, love, and laughter. Regarding this painting Roberts states, “Imagine picking tomatoes all day in the hot sun or spreading hot tar on a rooftop or changing diaper after diaper. Soap would be one of your best friends."