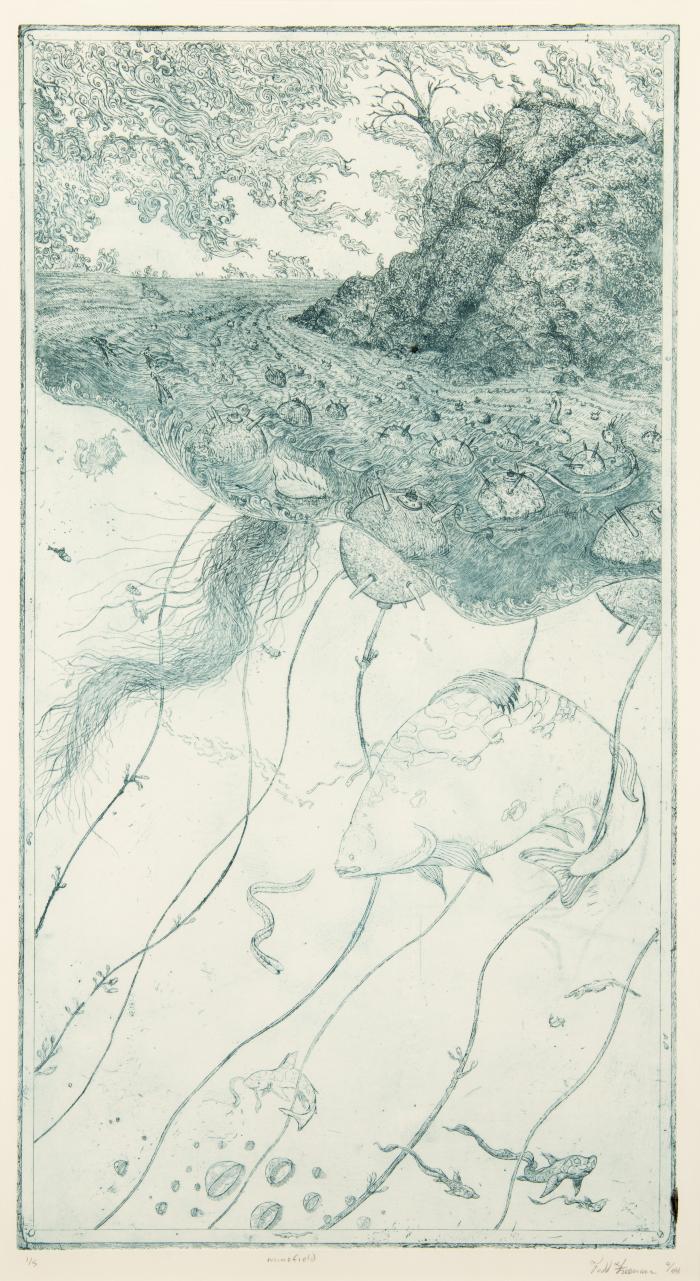 Mines floating in the sea with sea creatures beneath it.

"For hundreds of years, societies learned about their world through secondhand documentation. Depictions of lands unfamiliar were consumed and regarded as pure fact by the viewer. This work emanates from this need for visual evidence, the desire to seek out the world's monsters and clinically file them away. Scenes of marine and terrestrial animal life have been stalwart interests since early childhood. Heavily informed by the phenomenon of the natural world, my images draw from the rich palette of zoological forms. In pairing traditional symbols with new elements, an ambiguous language can stir, one that is both familiar yet entirely new. This recombinant dialog elicits a response of thorough investigation." -Todd Freeman