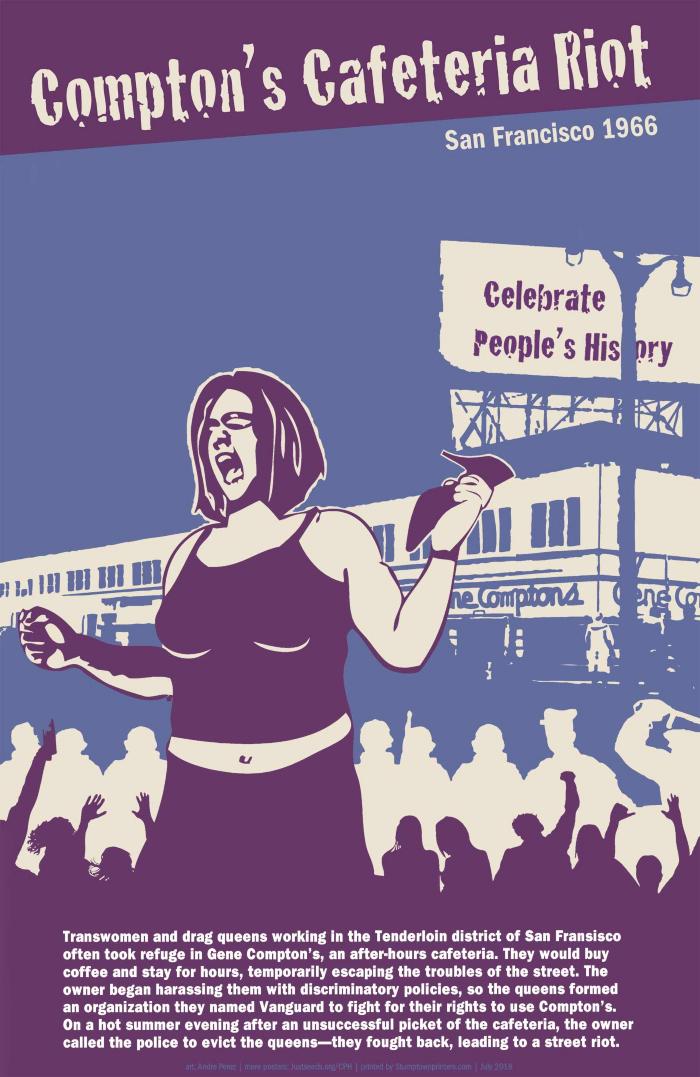 This is a white, purple, blue poster where there is a woman shouting on the left side of the image and silhouettes of people in the background. There are buildings behind them and the title is at the top, "Compton's Cafeteria Riot". There is a paragraph at the bottom of the image, the text reads: “Transwomen and drag queens working in the Tenderloin district of San Francisco often took refuge in Gene Compton’s, an after-hour cafeteria. They would buy coffee and stay for hours, temporarily escaping the troubles of the street. The owner began harassing them with discriminatory policies, so the queens formed an organization they named Vanguard to fight for their rights to use Compton’s. On a hot summer evening after as unsuccessful picket of the cafeteria, the owner called the police to evict the queens—they fought back, leading to a street riot.”