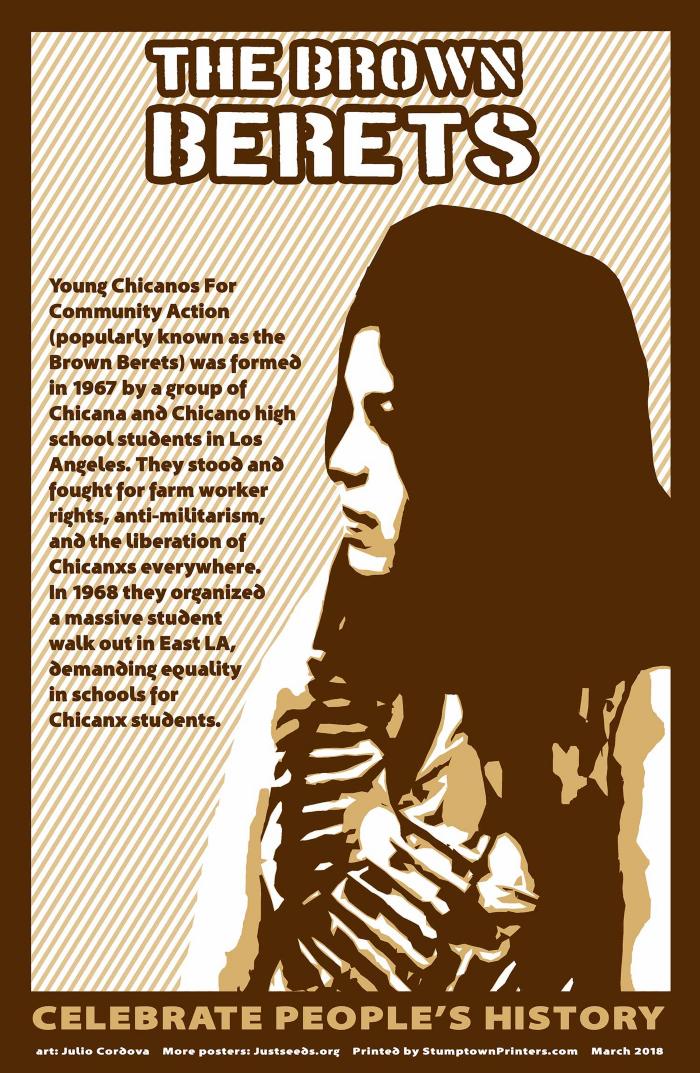 This is a poster in different shades of brown and white. There is a title at the top "The Brown Berets" and there is a woman on the right of the image. On the left there is text that reads: “Young Chicanos For Community Action (popularly known as the Brown Berets) was formed in 1967 by a group of Chicana and Chicano high school students in Los Angeles. They stood and fought for farm worker rights, anti-militarism, and the liberation of Chicanxs everywhere. In 1968 they organized a massive student walk out in East LA, demanding equality in schools for Chicanx students.”