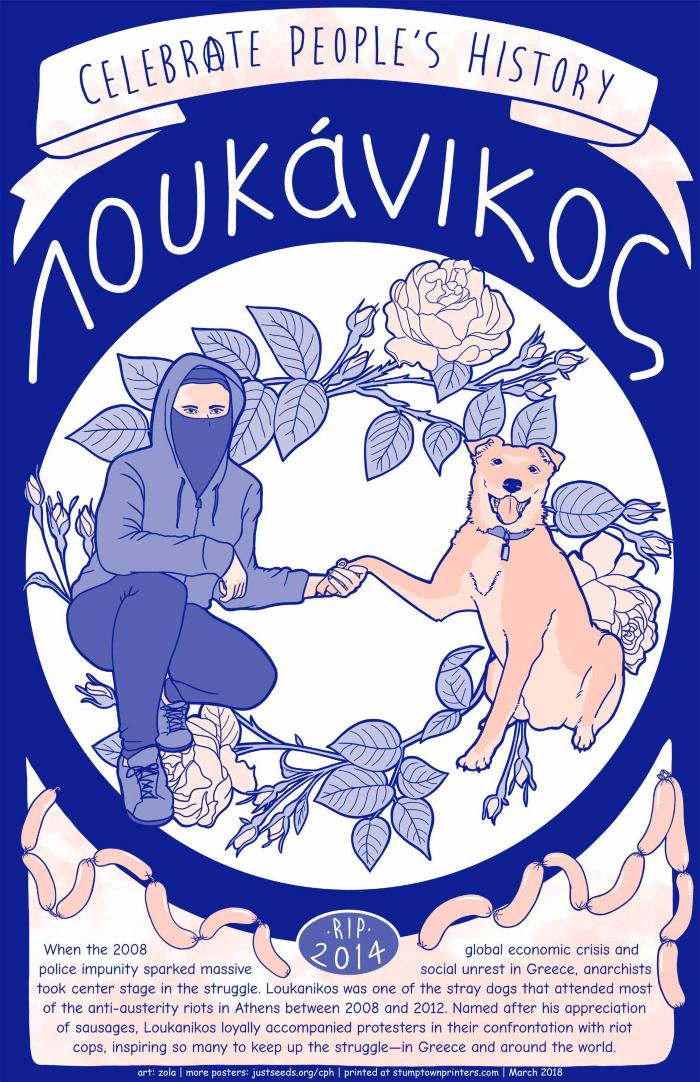 This is a white, pink, and navy blue poster that centers around a person and dog holding hands/paws and there is a ring of roses behind them. There is a title above and then text at the bottom that reads: “When the 2008 global economic crisis and police impunity sparked massive social unrest in Greece, anarchist took center stage in the struggle. Loukanikos was one of the stray dogs that attended most of the anti-austerity riots in Athens between 2008 and 2012. Named after his appreciation of sausages, Loukanikos loyally accompanied protestors in their confrontation with riot cops, inspiring so many to keep up the struggle—in Greece and around the world.”