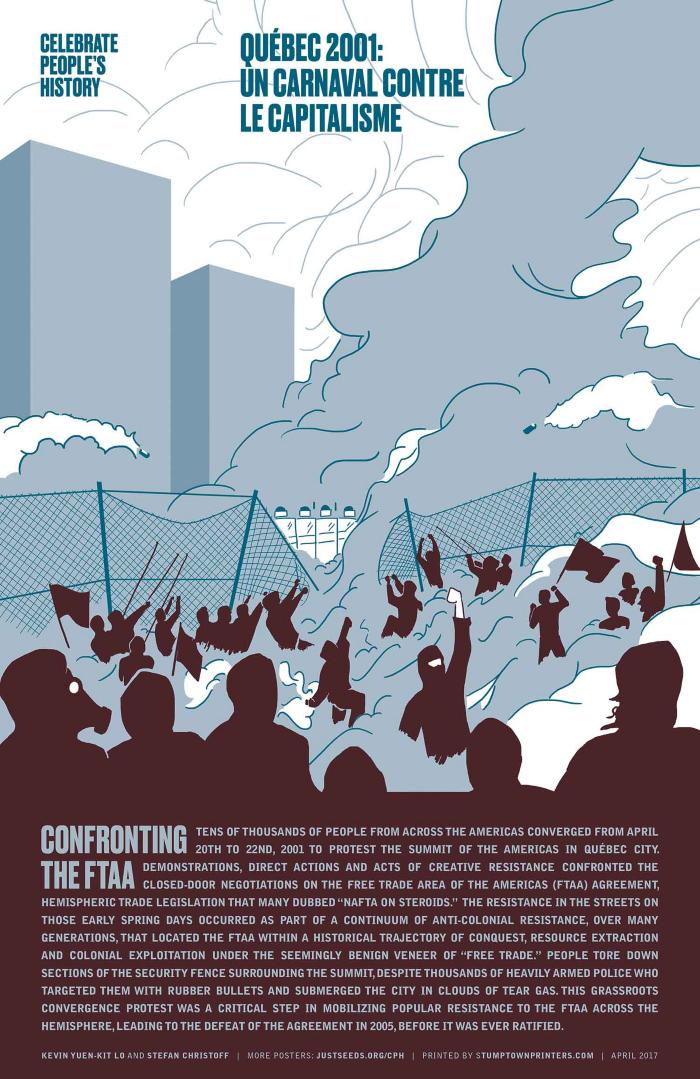 This is a blue, white, and maroon poster. There are people tearing down a fence in front of a city that has smoke coming from it. There is a maroon background on the bottom and there is text on it that reads: “Tens of thousands of people from across the Americas converged from April 20th to 22nd, 2001 to protest the summit of the Americas in Québec City. Demonstrations, direct actions and acts of creative resistance confronted the closed-door negotiations on the free trade area of the Americas (FTAA) agreement, hemispheric trade legislation that many dubbed “NAFTA on steroids.” The resistance in the streets on those early spring days occurred as part of a continuum of anti-colonial resistance, over many generations, that located the FTAA within a historical trajectory of conquest, resource extraction and colonial exploitation under the seemingly benign veneer of “free trade.” People tore down sections of the security fence surrounding the summit, despite thousands of heavily armed police who targeted them with rubber bullets and submerged the city in clouds of tear gas. This grassroots convergence protest was a critical step in mobilizing popular resistance to the FTAA across the hemisphere, leading to the defeat of the agreement in 2005, before it was ever ratified.”