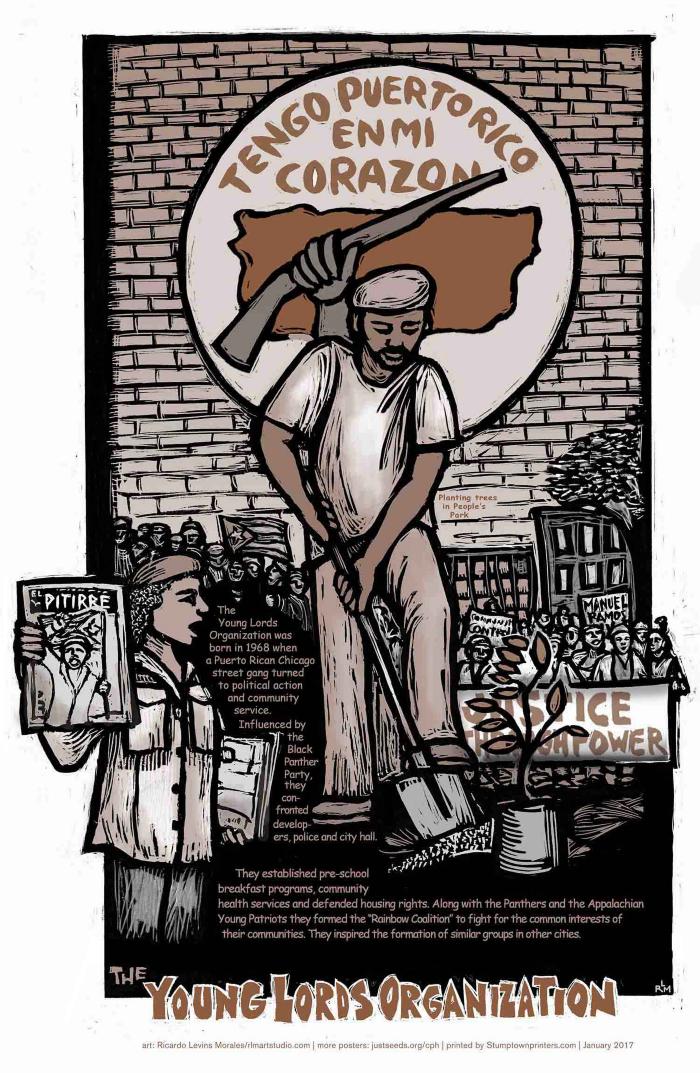 This is a brown, black, and white poster of a man working in a yard with a shovel. There is an emblem above him with a circle, the title and a state outline and a gun in it. There is another person on the bottom left. There is text at the bottom that reads: “The Young Lords Organization was born in 1968 when a Puerto Rican Chicago street gang turned to political action and community service. Influenced by the Black Panther Party, they confronted developers, police and city hall. “They established pre-school breakfast programs, community health services and defended housing rights. Along with the Panthers and the Appalachian Young Patriots they formed the “Rainbow Coalition” to fight for the common interests of their communities. They inspired the formation of similar groups in other cities.”