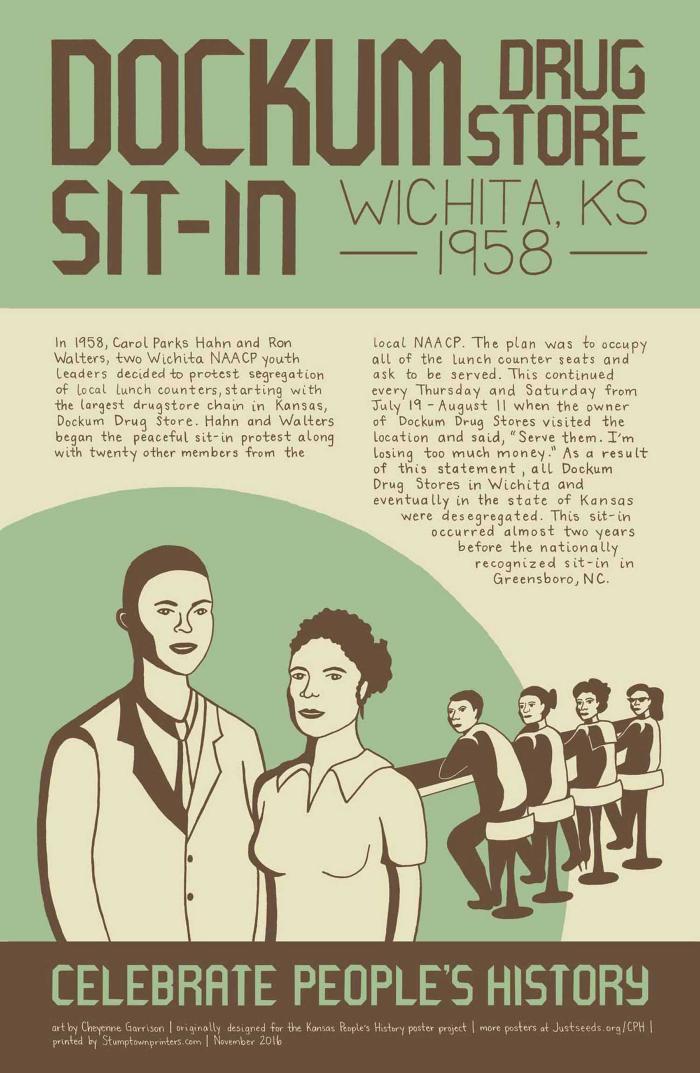 This is a green, tan, and brown poster that has a title of "Dockum Drug Store Sit-In". There are two people on the left side of the image and then on the right side are people sitting at a counter. Above the images there is two columns of text that reads: “In 1958, Carol Parks Hahn and Ron Walters, two Wichita NAACP youth leaders decided to protest segregation of local lunch counters, starting with the largest drugstore chain in Kansas, Dockum Drug Store. Hahn and Walters began the peaceful sit-in protest along with twenty other members from the local NAACP. The plan was to occupy all of the lunch counter seats and ask to be served. This continued every Thursday and Saturday from July 19th August 11 when the owner of Dockum Drug Stores visited the location, and said, “Serve them. I’m losing too much money.” As a result of this statement, all Dockum Drug Stores in Wichita and eventually in the state of Kansas were desegregated. This sit-in occurred almost two years before the nationally recognized sit-in in Greensboro, NC.”