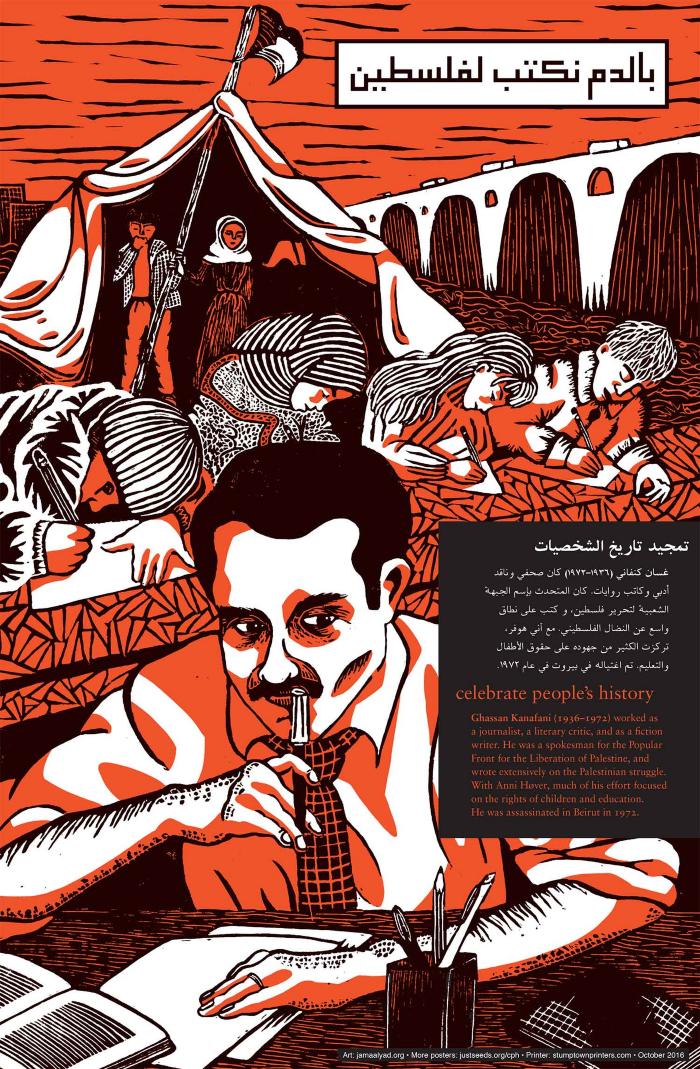 This is a poster of different shades of red, black and white where a man is sitting at a desk with a pen in his mouth. There are four people at a desk writing behind him. There is a box of text in the right side of the image that says, “Ghassan Kanafani (1936-1972) worked as a journalist, a literary critic, and as a fiction writer. He was a spokesman for the Popular Front for the Liberation of Palestine, and wrote extensively on the Palestinian struggle. With Anni Høver, much of his effort focused on the rights of children and education. He was assassinated in Beirut in 1972.”