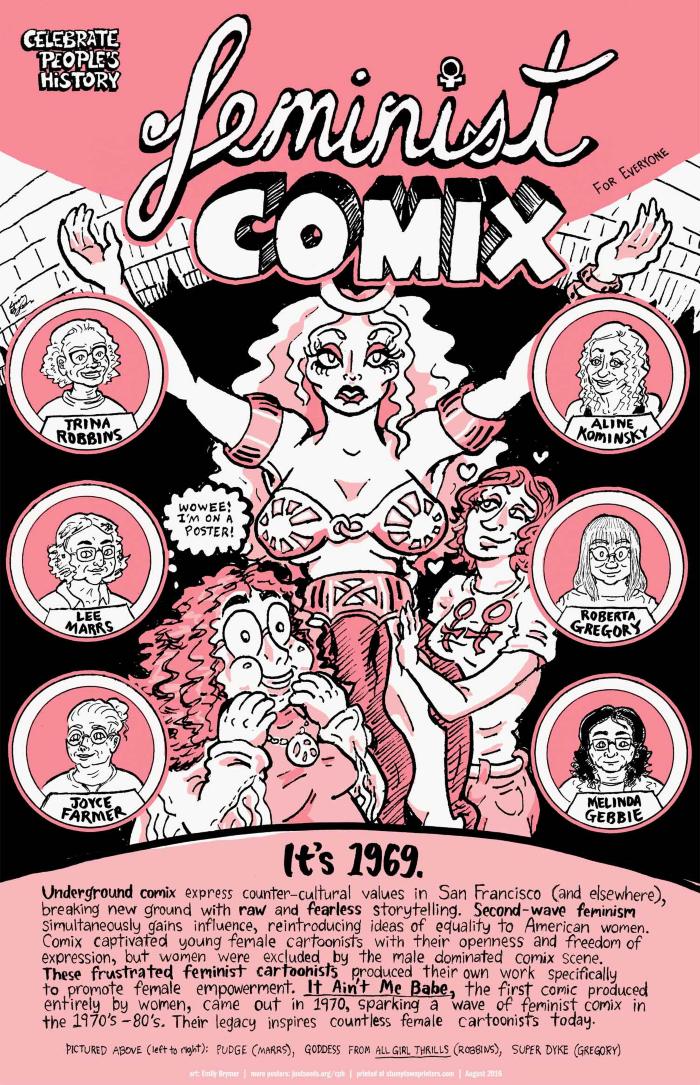 This is a pink, black, and white poster where there are characters in the center of the image surrounded by 6 bubbles of artists and writers. The title, "Feminist Comix" at the top. Beneath the images, there is text that reads: “It’s 1969. Underground comix express counter-cultural values in San Francisco (and elsewhere), breaking new ground, with raw and fearless storytelling. Second-wave feminism simultaneously gains influence, reintroducing ideas of equality to American women. Comix captivated young female cartoonists with their openness and freedom of expression, but women were excluded by the male dominated comix scene. These frustrated feminist cartoonists produced their own work specifically to promote female empowerment. It Ain’t Me Babe, the first comic produced entirely by women, came out in 1970, sparking a wave of feminist comix in the 1970’s-80’s. Their legacy inspires countless female cartoonists today.”