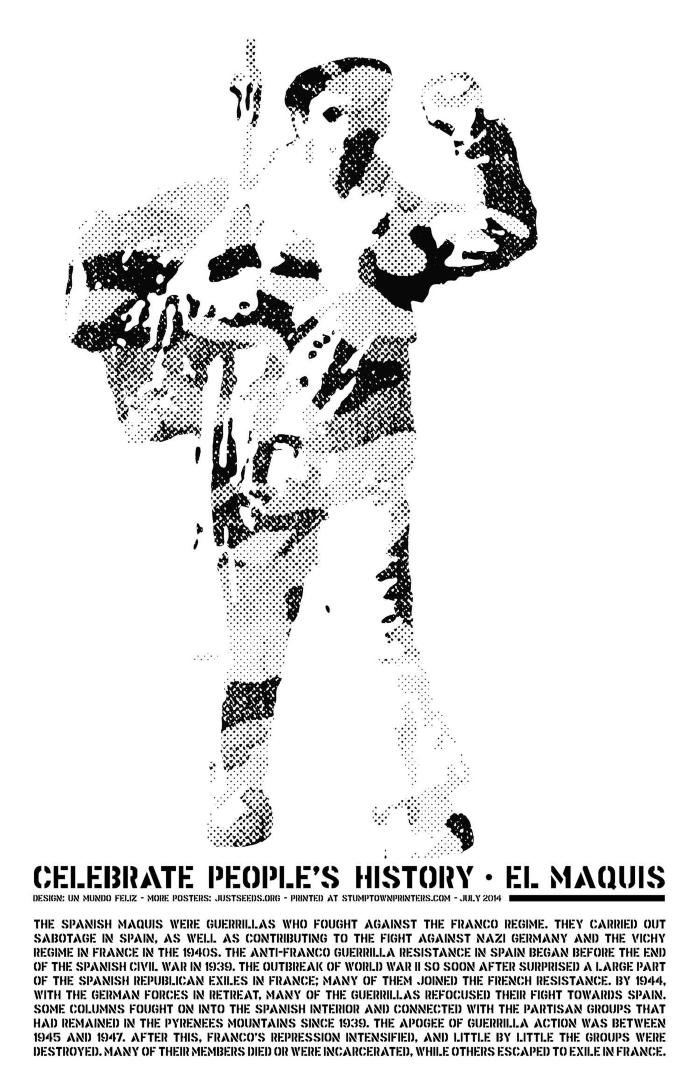 This is a white poster with an image of a man made out of shades of gray, and black and white. He has a fist raised. There is text in black below him that reads: "The Spanish Maquis were guerrillas who fought against the Franco regime. They carried out sabotage in Spain, as well as contributing to the fight against Nazi Germany and the Vichy regime in France in the 1940s. The Anti-Franco guerrilla resistance in Spain began before the end of the Spanish Civil War in 1939. The outbreak of World War II so soon after surprised a large part of the Spanish Republican exiles in France; Many of them joined the French Resistance. By 1944, with the German forces in retreat, many of the guerrillas refocused their fight towards Spain. Some columns fought on into the Spanish interior and connected with the partisan groups that had remained in the Pyrenees Mountains since 1939. The apogee of guerrilla action was between 1945 and 1947. After this, Franco’s repression intensified, and little by little the groups were destroyed. Many of their members died or were incarcerated, while others escaped to exile in France.”