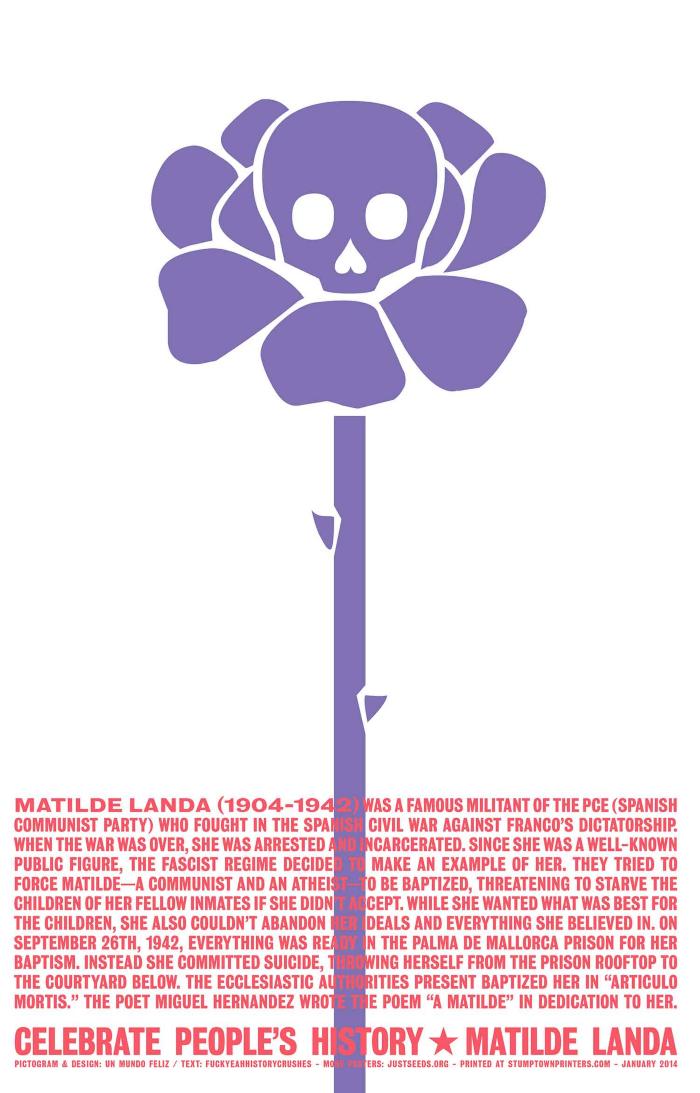 This is a white poster with a lavender flower growing from the center that has a skull in the center. At the bottom there is a pink paragraph of text that reads: “Matilde Landa (1904-1942) was a famous militant of the PCE (Spanish Communist Party) who fought in the Spanish Civil War against Franco’s dictatorship. When the war was over, she was arrested and incarcerated. Since she was a well-known public figure, the racist regime decided to make an example of her. They tried to force Matilde— A communist and an atheist—to be baptized, threatening to starve the children of her fellow inmates if she didn’t accept. While she wanted what was best for the children, she also couldn’t abandon her ideas and everything she believed in. On September 26th, 1942, everything was ready in the Palma de Mallorca prison for her baptism. Instead she committed suicide, throwing herself from the prison rooftop to the courtyard below. The ecclesiastic authorities present baptized her in “articulo mortis”. The poet Miguel Hernandez wrote the poem “A Matilde” in dedication to her.”