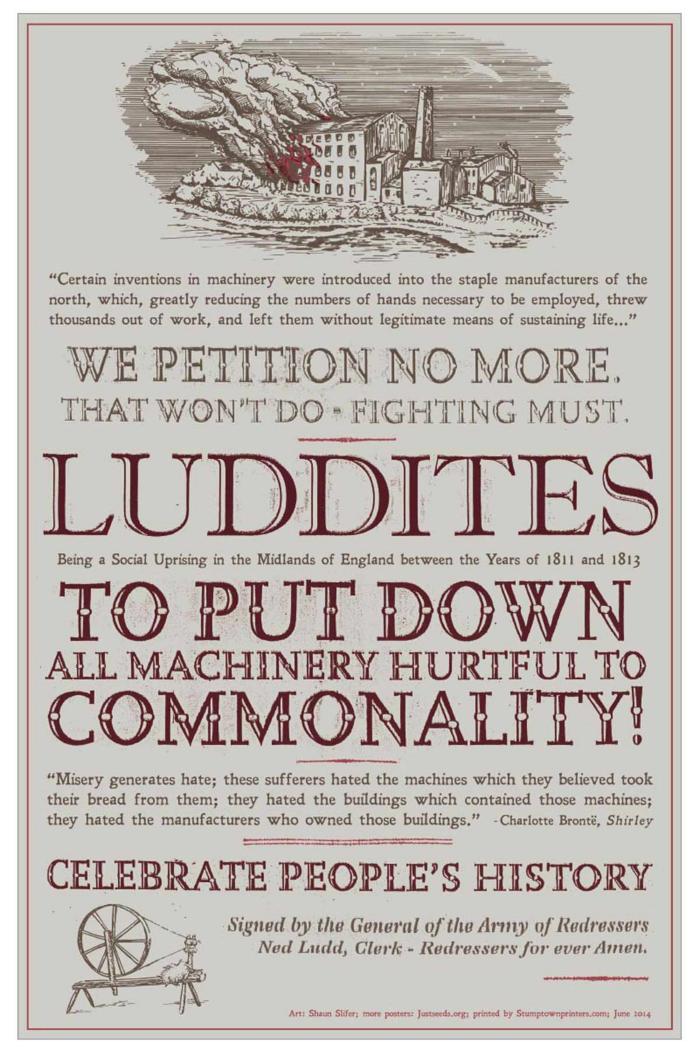 A gray and red poster that is primarily filled with text of all different sizes and color, but follow the same vertical orientation. There is an image of a factory on fire above them. Poster text reads: "We petition no more. That won’t do—fighting must. LUDDITES: being a social uprising in the Midlands of England between the years 1811 and 1813 TO PUT DOWN ALL MACHINERY HURTFUL TO COMMONALITY! Certain inventions in machinery were introduced into the staple manufacturers of the north, which, greatly reducing the numbers of hands necessary to be employed, threw thousands out of work, and left them without legitimate means of sustaining life. . . . Misery generates hate; these sufferers hated the machines which they believed took their bread from them; they hated the buildings which contained those machines; they hated the manufacturers who owned those buildings.” —Charlotte Brontë, Shirley."