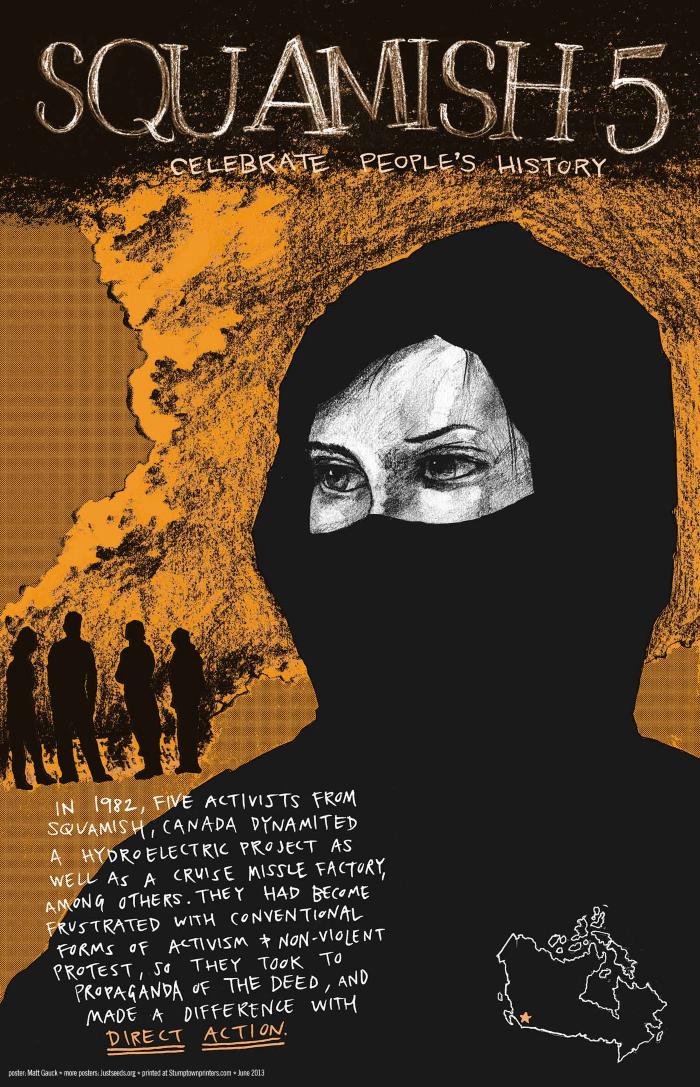 A black and orange poster of a woman in a Burka on the right side of the image and then an orange smoke cloud behind her with a small crowd of people in the distance. There is the title above and a paragraph of text at the bottom that says, “In 1982, five activists from Squamish, Canada dynamited a hydroelectric project as well as a cruise missile factory, among others. They had become frustrated with conventional forms of activism and non-violent protest, so they took to propaganda of the deed, and made a difference with direct action.”